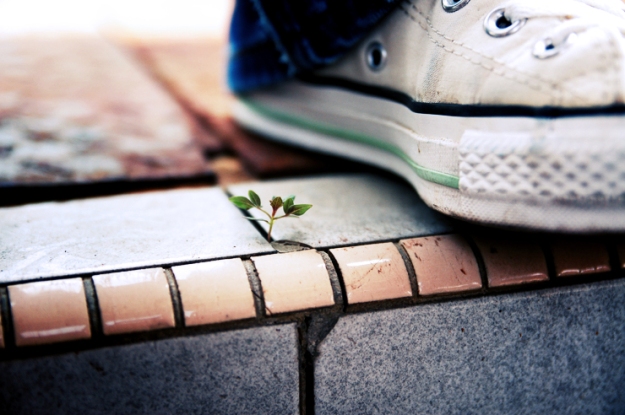 You know that taking on projects in addition to your core tasks is a key step in moving out of your entry-level position and into a more interesting role.  But finding a potential project and the time to do it seems daunting, doesn’t it?  It isn’t.  Just remember to start small.

In the beginning, you’re just looking to show that you’re interested in contributing, that you want to learn, and that you have the self-leadership to prioritize your own time.  It doesn’t have to be a high-profile project and it doesn’t have to take a huge amount of time.  Here’s an example:

Early on in my corporate life, I worked in the accounting department, doing primarily data-entry.  Not very exciting and I was dying for something more interesting.  I knew my manager wanted to make the accounting page on the company’s intranet more valuable, so I let her know that this was a skill I was interested in and that I’d be happy to put in the time to learn and to upgrade the site.  She was supportive and approved the project.  The result?  I demonstrated my motivation and interest in learning new things, made a contact within the IT department and got to do something different for a few hours.

Shortly thereafter, the company was moving into a new building and my manager was on the cross-functional team doing office design and furniture selection.  She needed a back-up representative when she had other commitments and so who do you think she chose?  She’d already seen that I was motivated, dependable and able to manage my priorities.  I was there as a placeholder for my boss – taking notes, etc. – but it allowed me to meet people outside of my department and gave me insight into how large projects were handled.  I also learned a lot about cube systems, which served me later on as a project manager.

Neither of these projects required a large time or energy commitment, but they were highly valuable to my career.  Over time, I was given larger, more complex projects and eventually, promotions.  And it all built off an initial expression of interest and the willingness to try something new.

So stop waiting for an amazing project to fall into your lap.  Go find something small and get started now.

I'm here to help you take control of your career:  work smart, get promoted and earn a seat at the table.

Because that's when life gets interesting.

To Hire or Not to Hire: Evaluating Locus of Control

This day, this job, this YOU is only temporary

My love/hate relationship with travel blogs